At one time, James Walsh the songwriter was a wallflower. The guy at the party surveying the scene, quietly hoping someone would come ask him about the band he just started.

That was the version of Walsh that wrote Philly band Mechanical Canine’s first album, Good Photography (2020), an artistically ambitious entry in that year’s DIY canon with the bold vulnerability of emo. But there was a sense of reservation on the album, a restraint in Walsh’s voice, like he maybe wasn’t letting us all the way in.

On the band’s sophomore effort, Walls Covered In MIldew, Walsh has emphatically stepped out from the corner to take on the leading role, carrying the melodrama of Gerard Way, the self-awareness of Ben Gibbard, and the instinct to stimulate the crowd with a prolonged yowl. The form Walsh takes on Mildew is much more vivid, like he’s auditioning for the role of a movie’s neurotic main character.

This time around, Walsh and the band (bassist Jon Herroon and new members Jake Hoffpauir and Alec Martin on guitar and drums, respectively) have trimmed any fat that was on Good Photography. The new LP is a full 10 minutes shorter — resulting in a tighter, punchier body of work that doesn’t sacrifice any of the band’s attention to detail. Each song contains multiple moods, as if Walsh set out to write emo-punk variants of “Band on the Run.” The songs are hooky, sensitive, rowdy, colorful, warm and most of all, unpredictable. Album centerpiece “Onion People” opens with a buoyant Pavement type of stomp before devolving into a heart-wrenching outro that includes the band’s first foray into screamo.

While there was a coming-of-age sentiment on Mechanical Canine’s debut, Mildew isn’t an album about growth. For Chrissakes, on “Boaking” — whose title is a “Simpsons” reference — Walsh describes the struggle of even picking his dirty clothes off the floor. He’s still asking why things are the way they are, but he’s not really looking for answers anymore. He knows there are none.

Still, he’s more than happy to let us know what’s on his mind. Walsh has become the guy at the party shamelessly spouting irrational thoughts at anyone close by, which could seem a bit nutty at first. Fortunately, on Mildew, Walsh and co. give you good reason to listen. 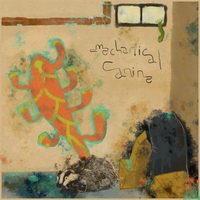 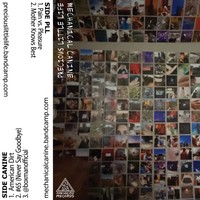 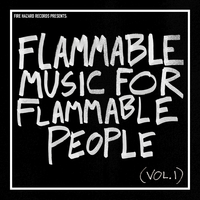 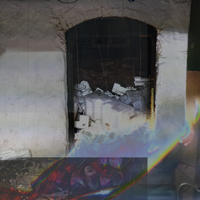